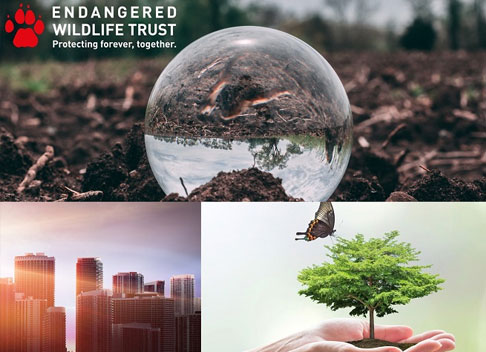 The assessment included 320 Johannesburg Stock Exchange (JSE) listed companies and 28 state-owned enterprises and was undertaken as part of a greater Biodiversity Disclosure Project (BDP). While the EWT is encouraged by the increased level of engagement resulting from the research, progress and reporting disclosure needs to be improved, as the focus on biodiversity impact and losses comes under the spotlight in 2020. The need to focus on mitigating biodiversity losses is further evidenced in the latest World Economic Forum (WEF) Global Risks Report, which places emphasis on biodiversity losses within the top global risks facing organisations.

The EWT has been tracking changes in South African companies’ level of biodiversity mainstreaming readiness for two consecutive years, and work has already started for the 2020 assessment, as we strive towards making this an annual initiative.

The EWT also released a set of guidelines to help support companies in improving their rating scores. Constant Hoogstad, EWT Senior Manager: Industry Partnerships, says, “The guidelines aim to help companies understand why biodiversity matters to their business, identify their biodiversity dependencies and impacts, measure and assess these dependencies and create strategies and policies to manage, monitor and disclose activities and progress.”

The natural environment plays an important role in the value chain of any business. Business leaders need to identify and manage not only the business risks but also the opportunities that result from their interactions with the natural world.

The EWT National Biodiversity and Business Network recognises the importance of biodiversity to business and builds the capacity of business to act as a positive force for the conservation of biodiversity in South Africa.
End

About the Endangered Wildlife Trust
The Endangered Wildlife Trust (EWT) has worked tirelessly for close to 50 years to save wildlife and habitats, with our vision being a world in which both humans and wildlife prosper in harmony with nature. From the smallest frog, to the majestic rhino; from sweeping grasslands to arid drylands; from our shorelines to winding rivers: the EWT is working with you, to protect our world.

The EWT’s team of field-based specialists works across southern and East Africa, where committed conservation action is needed the most. Working with our partners, including businesses and governments, the EWT is at the forefront of conducting applied research, supporting community conservation and livelihoods, training and building capacity, addressing human wildlife conflict, monitoring threatened species and establishing safe spaces for wildlife range expansion.

A beacon of hope for Africa’s wildlife, landscapes and communities, the EWT is protecting forever, together. Find out more at www.ewt.org.za